The Annual VM & Display Awards were held at our award-winning venue The Bloomsbury Big Top.
Our production managers at London Events Company Awesome AV were delighted when for a second consecutive year we asked to create, an engaging, eye-catching stage & set design.
The set was constructed onsite by our in-house set design department and we had a large backdrop printed with the awards logo that gave the whole stage and set the wow factor.

Lighting consisted of no less than 20 moving heads and was a mix of LED Beam & Led wash lights, we also used 4 smoke machine which laid a gentle but effective mist into the air which only added to the overall effect of the lighting rig.

The whole of the lighting was controlled by using a Avolites Tiger Touch 2 console resulting in simple control of the stage lighting and set up-lighters so that their effects were smooth, effective and varied. Our talented lighting operator once again excelled in his technical ability to produce an amazing lighting and effects show.

Video is also an important factor when it comes to live events and this awards evening was no exception, the stage set had two large front projection screens both stage left and right, projected onto these screens using our Christie LX6500 projectors.

We also had two 50” LED display screens that we used for repeater screens and hung them from the king poles. Projected onto these screens using our Christie LX6500 projectors.
In the Production booth, we used Roland’s digital vision mixer, the V40HD, and kept a full HD signal throughout the signal path to the projectors and screens. Playback was achieved by using two MacBook pro laptops which ran the video content and PowerPoint/keynote slides.

For the Audio element of this awards night we used and array of speakers that were flown in the truss structure to ensure we covered the whole venue with clear and crisp sound.
On stage, we supplied a lectern with a long goose neck microphone, however the evenings compere Mr Rylan Clark used a wireless headset microphone which worked perfect as he was very animated on stage. Front of house was controlled by the latest in digital sound desks and amplifiers supplied by Full Fat Audio. 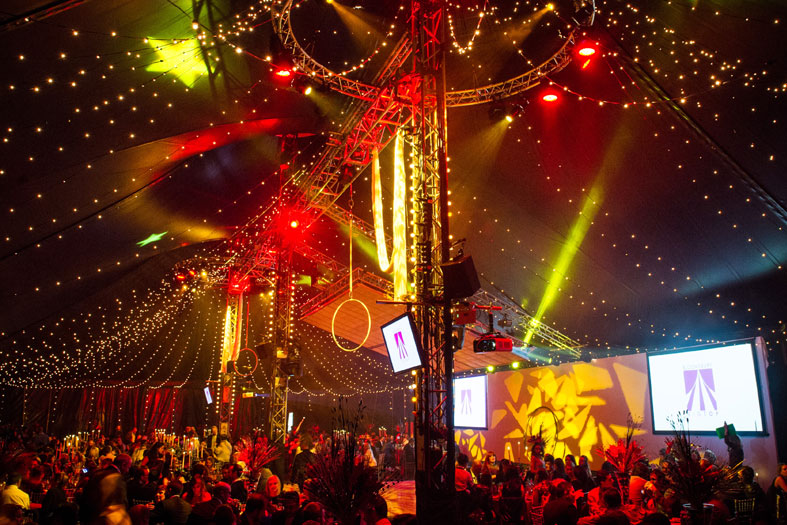 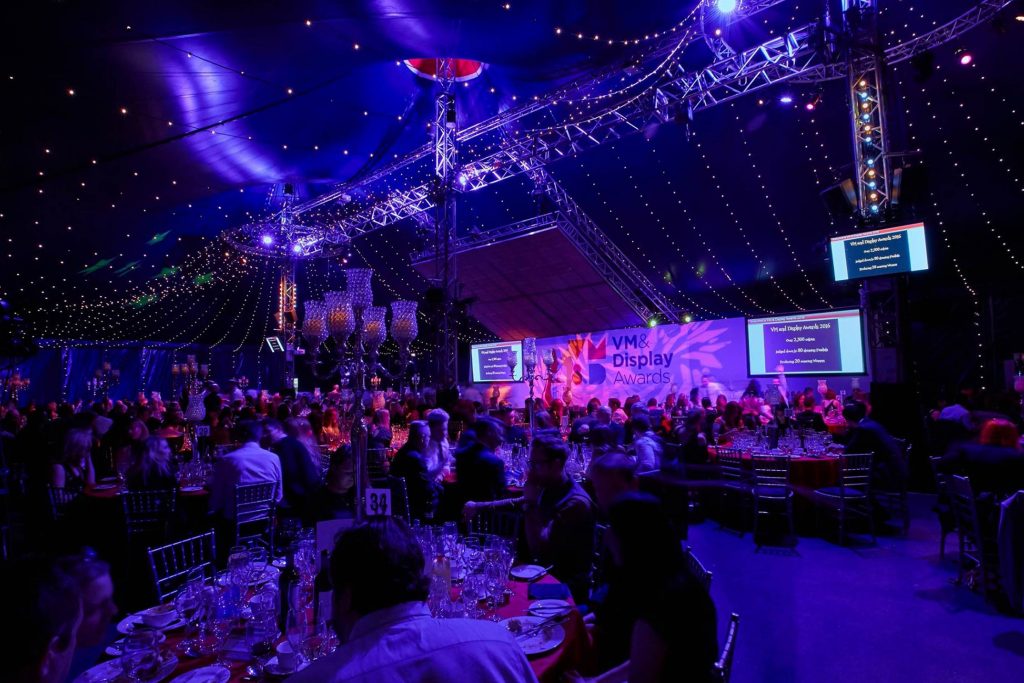 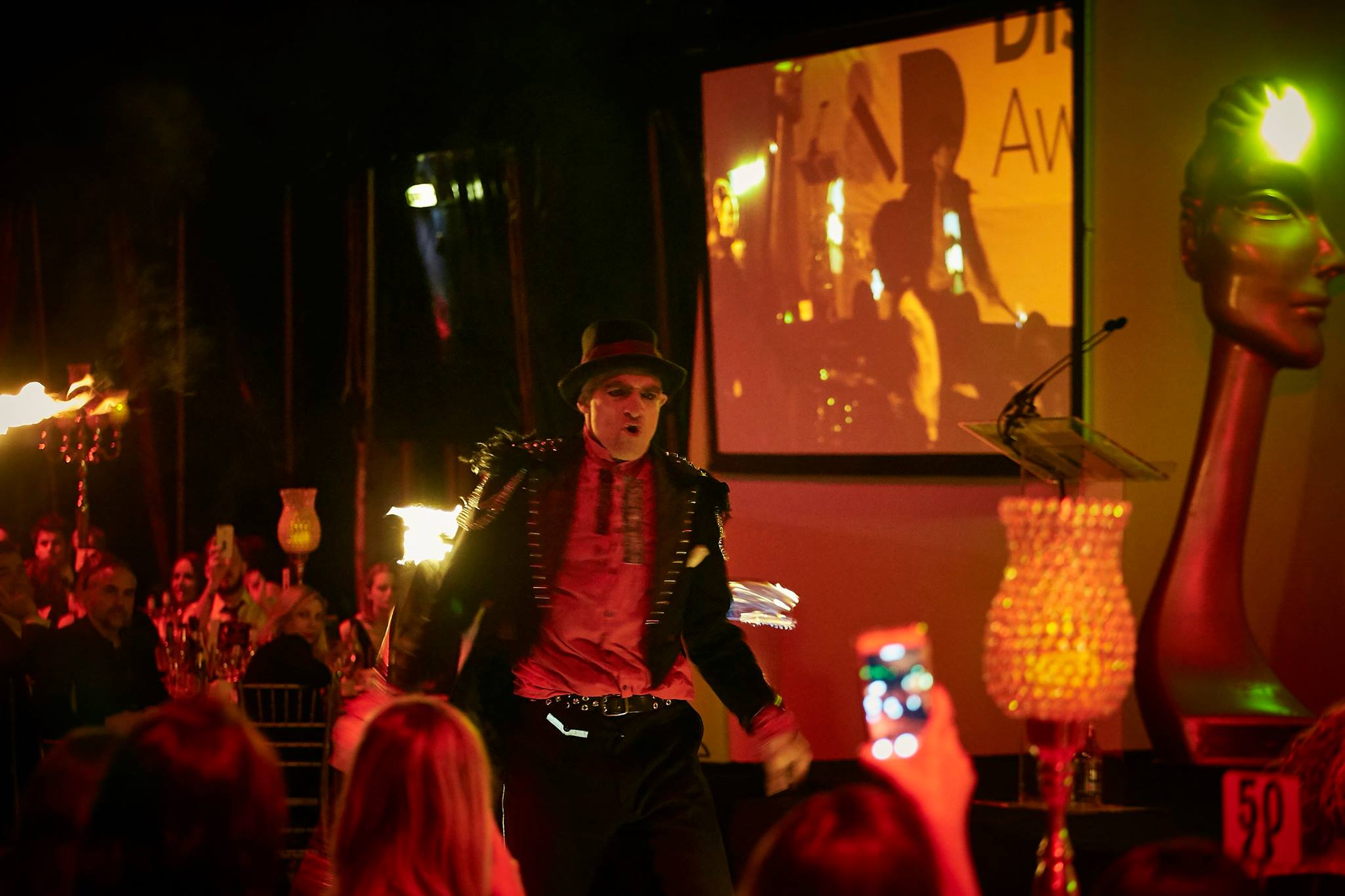